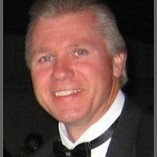 Jim has developed a unique and highly successful approach to Knowledge Management Consulting. His understanding of Knowledge Management concepts and the associated change management and technology issues are among the deepest and most comprehensive in the world.
​
Jim has pioneered and led some of the most successful and wide ranging organizational KM implementations in the industry. In 1991, he co-founded, designed and built the now well-known Ernst & Young Center for Business Knowledge (CBK). During his tenure he pioneered many key KM concepts, authoring and rewriting much of the methods to success that are used today. These innovative concepts include:
​
​Today, Jim Kochan is a global thought leader within KM, most recently designing and implementing world-class KM operations within the oil & gas industry. He led every phase from vision to roll-out of the world class Conoco Phillips corporate KM process, built around collaborative communities, and still contributes to its ongoing success. The “Knowledge Sharing Program” at Conoco Phillips is now considered the most successful KM process in the industry and is bench marked by many organizations from many industries. This success has led to other major oil companies and joint ventures to seek Jim’s expertise to help them build similar success stories.

Jim Kochan’s approach to KM focuses on measuring business impact and use of innovative tools & approaches. His clients have obtained maximum business value from their knowledge management processes and systems. Previously, Jim Kochan built and led the E&Y European Center for Business Knowledge in Paris, France to duplicate in Europe the successes he’d built in the United States.

​He has achieved similar success at PricewaterhouseCoopers (London), Fujitsu Corporation (Dallas) and Deloitte & Touche (Washington, DC and Cleveland). While he was building and managing large, global KM implementations within these firms, Jim also provided KM consulting services to several well-known organizations in the US and in Europe. They include: BMW (Germany), Shell Oil (US and UK), British Petroleum (UK), Ford Motor Corporations (US and UK), Michelin (France), Eli Lilly (Germany), and Hewlett Packard (US).

Jim is a much sought-after speaker. He has lectured widely on the subject of Knowledge Management in both the US and Europe and is noted for his “real world” approach to this often excessively academic and misunderstood subject.
​
After a short stint as a production manager, Jim began his consulting career at E&Y as a business strategist in 1983 and maintained similar strategy roles until he pioneered the firm’s Knowledge Management process in 1991. During his career he has worked extensively in North America and Europe, dealing with multiple cultures.